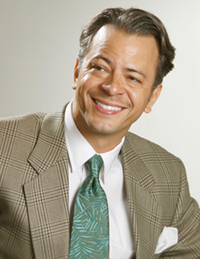 Mark Matcho walked away from a promising career as a short-order cook to become an illustrator in 1985, and hasn't looked back since. His work appears frequently in Fortune Magazine and Reader's Digest, and infrequently in many other fine publications. To enjoy a man-size portion of the full Matcho experience, get on over to http://www.markmatcho.net.

Cutting rubylith in 108-degree heat in my un-airconditioned New York apartment. The convection oven-like conditions resulted in the rubylith softening into a substance not unlike a fruit rollup, which stubbornly refused to peel cleanly and came off in tiny bits and piece, most of which ended up right back on the sheet somehow, and mixed with my flopsweat and tears, made for a sodden, gooey mess. Good times!

I was never that wild about Spray Mount. I usually got more of it on the floor, on the backing board and in my lungs than on whatever it was I was trying to spray it on.

Not even gonna mention the dreaded matte cutter, and the epic tragedies associated with my use of that device.

I kinda miss rubber cement -- that intoxicating icy whiff of petroleum by-product that was almost certainly very bad for you; and the way you could roll up the dried excess into little balls and flick them at the unsuspecting; or the way the brush in the cap solidified into a solid unusable mass. I guess it's still around, but I've moved on. Never seemed to actually work all that well as an adhesive, but boy, it smelled great.

I used to have one of those poseable wooden mannequins, with the teardrop-shaped head and the half-sphere hands. I'd had it since I was a kid, and ended up giving it away, or throwing it out or something after acquiring a program called Poser, which turned out to be kind of a bust. I guess I could always just buy another one, but as they say: there's nothing like your first poseable wooden mannequin.

Every coupla years or so I end up buying a set of Rapidograph pens that I have high hopes for. I don't actually use them, or even get around to taking the shrink-wrap off the box. They just sit there on my drafting table for a few months, until they eventually migrate to my storage closet to join the other sets of unopened, unused Rapidograph pens.

Unforgettable Art Supply Moments
post a comment
comment by Anne Russinof
May 4th 2012
Much mirth. I have a zipcase full of Rapidographs, Mark, if you need any more. And Lou, my scar is finally fading from the time I sliced myself with an exacto-blade at a freelance job. Memories!