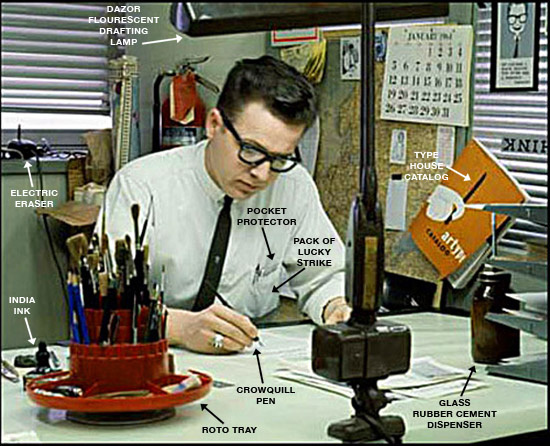 Jim Sizemore was a Visual Information Specialist in the art department of the Social Security Administration from 1963 until 1988, where he earned the proud distinction of pasting up the pages of the first Medicare Handbook ever. Since then, he has been a freelance cartoonist, blogger, and teacher. His gag cartoons have been published in The Saturday Evening Post, Barron’s, Medical Economics, National Enquirer, TV Guide, and The Wall Street Journal, to name a few.

He has taught the history of cartooning to graduate students at the University of Baltimore; cartooning classes to undergrads at Johns Hopkins University; summer cartooning workshops to middle school children at both public and private schools, as well as at the Walters Art Museum. His one-hour “Cartooning For Kids” introduction to cartooning has been attended by thousands of children over the fifteen years he’s presented it at libraries and schools in Maryland, Pennsylvania, Virginia, Delaware and Washington DC, and at the Baltimore Museum of Art. Lots to see at Jim’s Doodlemeister.com blog, as well as hundreds of his cartoons at CartoonStock.com.

Curator's note: The mid-60s photo of Jim shown here is somewhat of a treasure trove of forgotten art supplies frozen in time, and running it here full-column width allows us to properly savor every one of them.

Actually, it was a series of "worst" art supply experiences! It was way back in the days before anyone had ever thought of such a thing as a PowerPoint presentation. I was a Visual Information Specialist for the Social Security Administration. The job included a lot of late night overtime -- even the occasional all-nighter -- preparing large statistical charts that the SSA Commissioner used in his presentations to Congress. I was a very fast layout man, so it was usually my job to plot the points on the "fever" charts, rough in the percentage slices of pie charts, etc., and hand off my pencil layouts to the Speedball pen and brush letterers. Then it was back to me to add Chartpak tape to the plot lines, Pantone color paper cutouts of the pie chart slices and to erase the penciled lettering and stat guides. I LOVED the fast and dynamic layout stage, but I HATED that Chartpak tape and color paper … not to mention all that erasing!

The electric eraser – you can see it there on the windowsill behind me in the photo. I kept it out of sight there, so I'd "forget" I had it. Using the damn thing required a light touch, and I was more the slap-dash-speedy sort. I’d usually press too hard and destroy some part of a cartoon I'd just inked, or a type galley, or an expensive 30" x 40" sheet of illustration board.

My trusty-dusty Roto Tray (note its place of honor in the picture) probably doesn't completely qualify as being “forgotten,” at least not by me, but Roto Trays have been around as long as I can remember. I use it just about every day. It's a dandy desktop storage setup for all kinds of pens, pencils, X-acto knives, erasers, and rulers. Besides its clever lazy susan design, it's a beautiful object. Plus… it's fun to spin!

Just the other day, I put a capped Sharpie Fine Point in the breast pocket of my favorite shirt, only to discover later that it had somehow managed to leak. Of course, now the shirt can only be worn under a sweater. So I've been reminded once again how much I love and miss my nerdy clear plastic pocket protector. Look closely at the picture and you can make it out, complete with a pen or two inserted. Also likely in that same pocket -- at least until 1973, when I quit cold turkey -- was a pack of Lucky Strikes.

Unforgettable Art Supply Moments
post a comment
comment by Jim Sizemore
February 2nd 2012
Thanks for the comment, Carol. See you on the dance floor, Hon . . .
comment by Carol Koenig
January 31st 2012
OMG, Jim! This is wonderful! Not just unforgettable supplies, but unforgettable experiences as well!